Period of power of attorney: Until he competition of the first instance of the case.

END_OF_DOCUMENT_TOKEN_TO_BE_REPLACED

Generally speaking, the contentious divorce will be granted by the Chinese courts when at least one of following conditions can be satisfied:

– where circumstances causing the alienation of mutual affection exist (so-called “loss of affection”);

– where the spouses have lived separately for over two (2) years because of incompatibility;

– where a spouse has committed bigamy or has cohabited with a third party;

– where a spouse is has committed acts of domestic violence or has otherwise maltreated his/her spouse;

– where a spouse has a long-term gambling or drug addiction;

– where a spouse is declared missing.

As litigated divorce will take longer and cost more to handle than a consensual divorce. Generally speaking, no matter how hopeless the differences may seem, it is almost always a good idea to try and end the marriage through a negotiated divorce settlement.

To get the process started, you should try to have available the following documents:

Birth Certificate(s) (for minor children only);

Ownership Certificate(s) (if you own real estate)

A divorce by agreement is possible when both parties to the marriage want, or at least agree, to get divorced. In an agreed divorce the parties are generally free to negotiate child and spousal support payments, visitation rights and division of joint marital property (i.e.: real estate, furniture, cash, investments, etc.) without any interference from a Chinese judge.

If the marriage was originally performed in China and one spouse is a Chinese citizen, an “express” divorce procedure is often possible. In this scenario the Chinese courts are not used. Instead, the divorce is registered with the local Chinese Marriage Registration Office (which is a department within the local Civil Affairs Bureau) and a divorce certificate issued (rather than a formal court-issued divorce judgement). Once the necessary legal formalities are completed, the divorce is entered into the record and the marriage is officially dissolved. So long as the couple can come to an agreement on how to settle their affairs, this process can usually be completed relatively quickly, but it can only be used in certain very simple situations (and expat couples cannot use it at all). 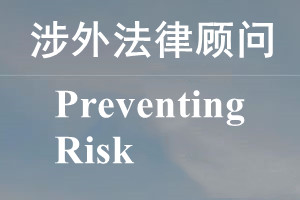 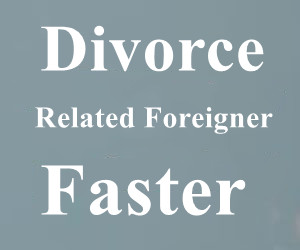